How much is your car actually worth 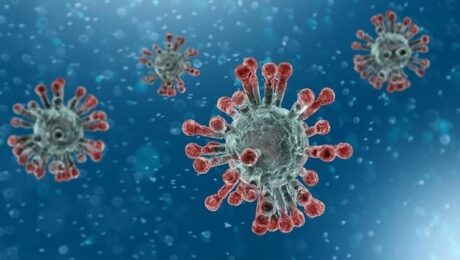 COVID-19 is a new illness that can affect your lungs and airways. It’s caused by a virus called coronavirus.

All vehicle approval tests have been suspended to help prevent the spread of coronavirus. The suspension lasts for up to 3 months.

You need a vehicle approval test if you’ve:

The suspension applies to all types of vehicle approval tests, including:

If your test was cancelled

You’ll get an email to tell you that your test has been rebooked. It will tell you the new date and time of your test. You will not get this email immediately – it should arrive around 2 weeks before your original test date.

It’s likely that your new test date will be around 3 months after your original date.

You can still get an emergency test during the suspension period if your vehicle is critical to the COVID-19 response.

These vehicles being used in critical areas are eligible for an emergency test:

What to include in the email

You need to include:

Let those over 70 Make thier own decisions

Let those over 70 make their own health choices

If the government’s objective is to prevent the spread of coronavirus, keeping elderly people at home will not be effective, but it will stop some premature deaths (Over-70s: Advice to stay at home will soon be issued, 16 March).

If the objective is to forcibly stop people from risking premature death, then the government should ban alcohol, dangerous sports, and overweight people taking stressful jobs. If the objective is to stop the spread of the virus, then everybody without a business or health reason to travel should be advised to stay at home, whatever their age.

People have a right to make their own health choices as long as it does not affect others. Locking up one set of the population, who are possibly the least likely to travel, is a pointless publicity exercise.
Dr Wyn Jenkins
Flint, Flintshire

• The stigma attached to old age (feebleness, incapacity, frailty, dependency) has long been condemned by older people themselves, as well as social gerontologists and policymakers, who have made every effort to demonstrate that the category “the elderly” is as varied as every other generational category below it. In one fell swoop the government has now undermined those efforts. Surely it is those of any age exhibiting evidence-based, “at risk” characteristics who should qualify for seclusion, rather than everybody falling into a particular age group. Perhaps the House of Lords could vote on it?
Gillian Dalley
London

• What Matt Hancock is actually saying to the over-70s is that the Conservative government has reduced the number of hospital beds by 17,000 and starved the NHS of funds, and as you are no longer of any value to society you should isolate yourselves for four months. If, due to your own selfishness, you fail to follow this directive and catch Covid-19 then you must suffer the consequences because ventilators will not be available for you.
Tony Spratley
Newark, Nottinghamshire

• If you’ve been exposed to Covid-19 or have possible symptoms, you may be asked to self-isolate. If you’re over 70, even without symptoms or known exposure, you may be asked to self-isolate. The health secretary appears to use the same term for both. Can we ditch this confusing expression and call a spade a spade? The former lasts about two weeks and is more usually known as quarantine. It may be boring and inconvenient. The latter could last up to four months. It may be as lethal to the physical and mental health of older people as Covid-19 itself. If enforceable, house arrest would be a suitable term. I won’t be the only person over 70 taking my usual walk in the park and risking actual arrest.
Christine Cockshott
Broughton-in-Furness, Cumbria

• If all over-70s are to be quarantined for up to four months, could we please have one day when we are allowed out and everyone else has to stay in? This would give us a fighting chance of avoiding contagion after such draconian efforts. That way we could enjoy a sense of freedom since any social contact would, in theory, be virus free. Presumably, the strategy is to keep all us older folk out of the hospitals to free up capacity for the infected younger ones. Not a bad idea, but who will be looking after the children and dogs?
Christine Weaser
Sevenoaks, Kent

• Just as we are about to stigmatise and isolate people over 70, the Americans are about to re-elect one, or replace him with someone even older, as the leader of the free world. I’ll be turning 70 in the arbitrary four-month period that has been mooted, so I guess I am a free man until late June, and then turn into a far more contagious and/or vulnerable pariah overnight. It’s the sure route to “Papieren, bitte”. Just two of the contradictory insanities that this virus has led to. “Those whom the gods would destroy they first make mad”. They’re doing a grand job.
Jan Wiczkowski
Manchester

It is very much regretted that we must put on hold all of our forthcoming events and club nights for the foreseeable future.

The current government guidelines suggest some normality may return by mid-summer. We can only hope that is the case and I am sure I speak for all the committee when I say we will try to give all MHVG members an opportunity to catch up on the social side of things just as soon as it is safe and practical to do so.

In the meantime please stay safe, and remember to keep in touch with each other.  We shall continue with our regular newsletters and the quarterly magazine, and welcome input from any frustrated journos amongst us!